As a design based on the concept of transformational opposites—contrast, angle of skew and mirroring—Checker is heavily invested in the issue of perceptual dissonance. Ambiguity is embraced in the glyphs’ axonometric perspective (which, deploying automatic 3D tiling, simultaneously suggests a view from above and below) yet rejected in curved letters whose mechanically skewed distortions of stem thickness have been partly unmade by manual drawing adjustments (in the time-honoured typographic tradition) to facilitate the gestalt of words, emphasizing tension between letter perception and word perception as the fundamental theme of the font’s design, embodied by the principle of contextual alternation. 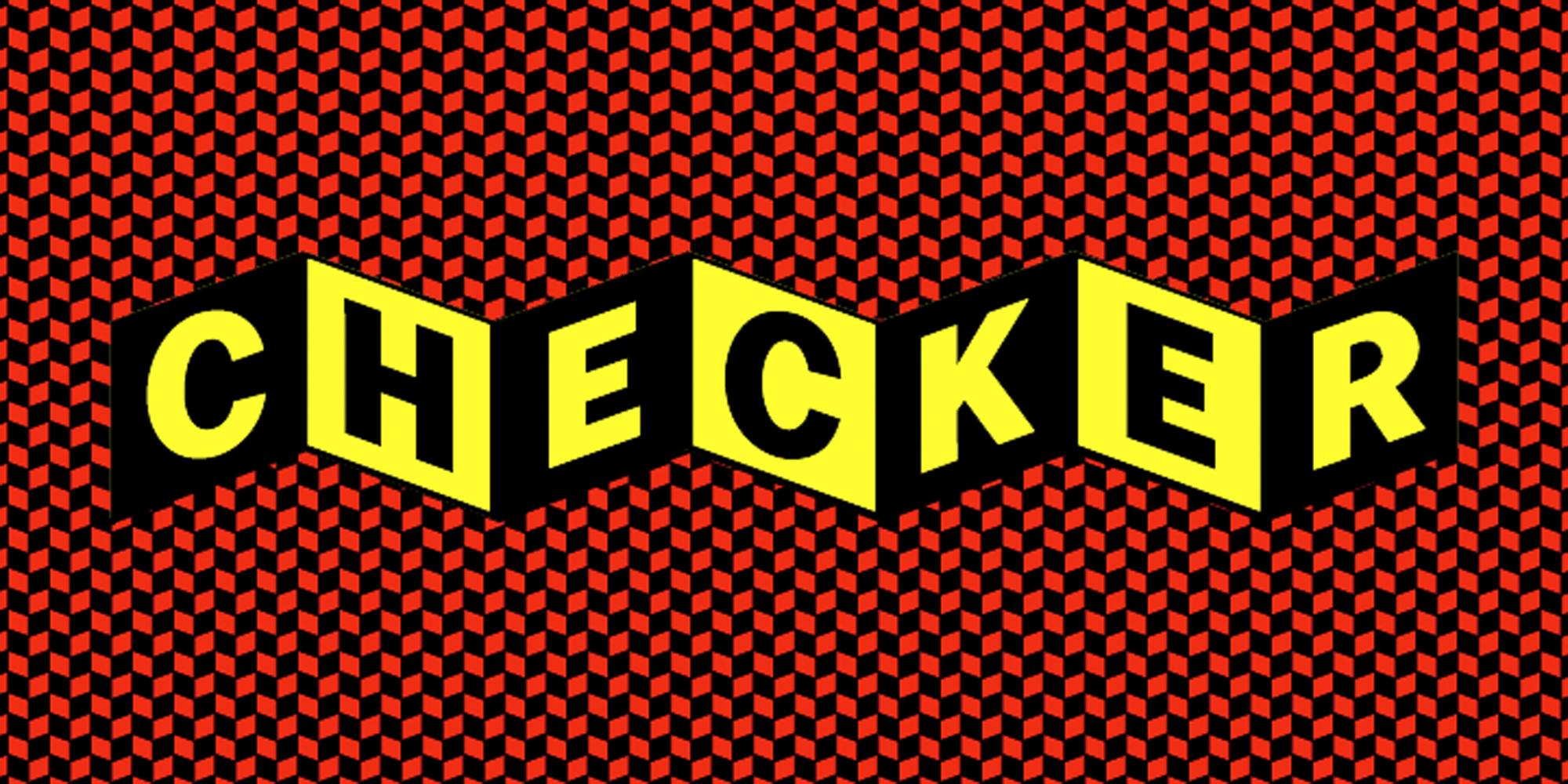 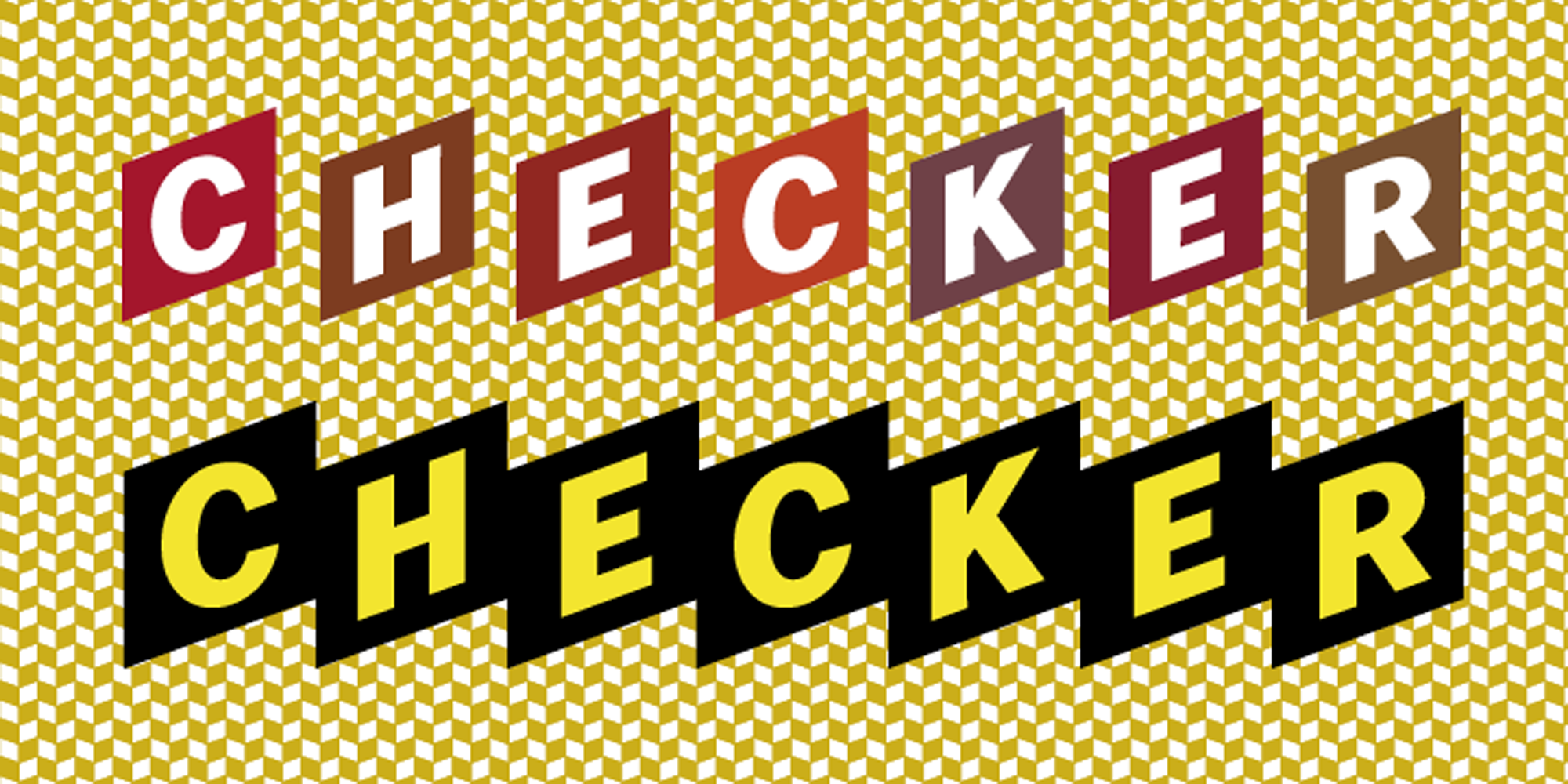 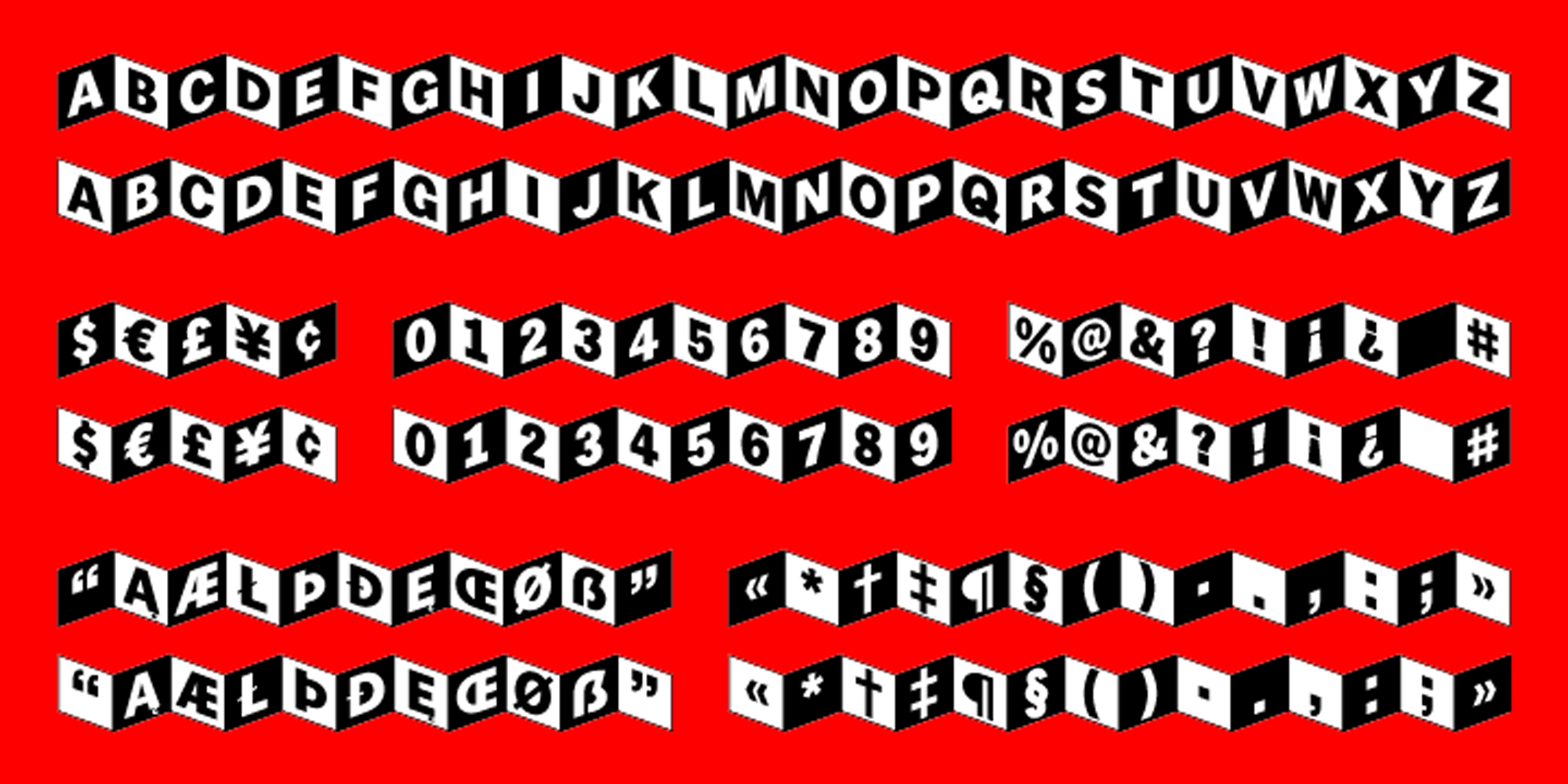