The premise of this series of specimen images for Bodoni Egyptian Mono is that the feature each describes must also be shown in the typography of the text—walking the talk—thereby distilling that mysterious self-referential quality which exists in a certain kind of type specimen, through text that is simultaneously perceived as language and image, both read and viewed. As a form of creative work which straddles visual art and literature, it was first identified by Alastair Johnston in “Alphabets to Order: the Literature of Nineteenth-Century Typefounders’ Specimens” (Oak Knoll Press, 2000). Such type specimens differ substantially from “faux” usage in hypothetical trade graphics, being more like concrete poetry. With an affinity to text-based art, they may be considered art-based text. 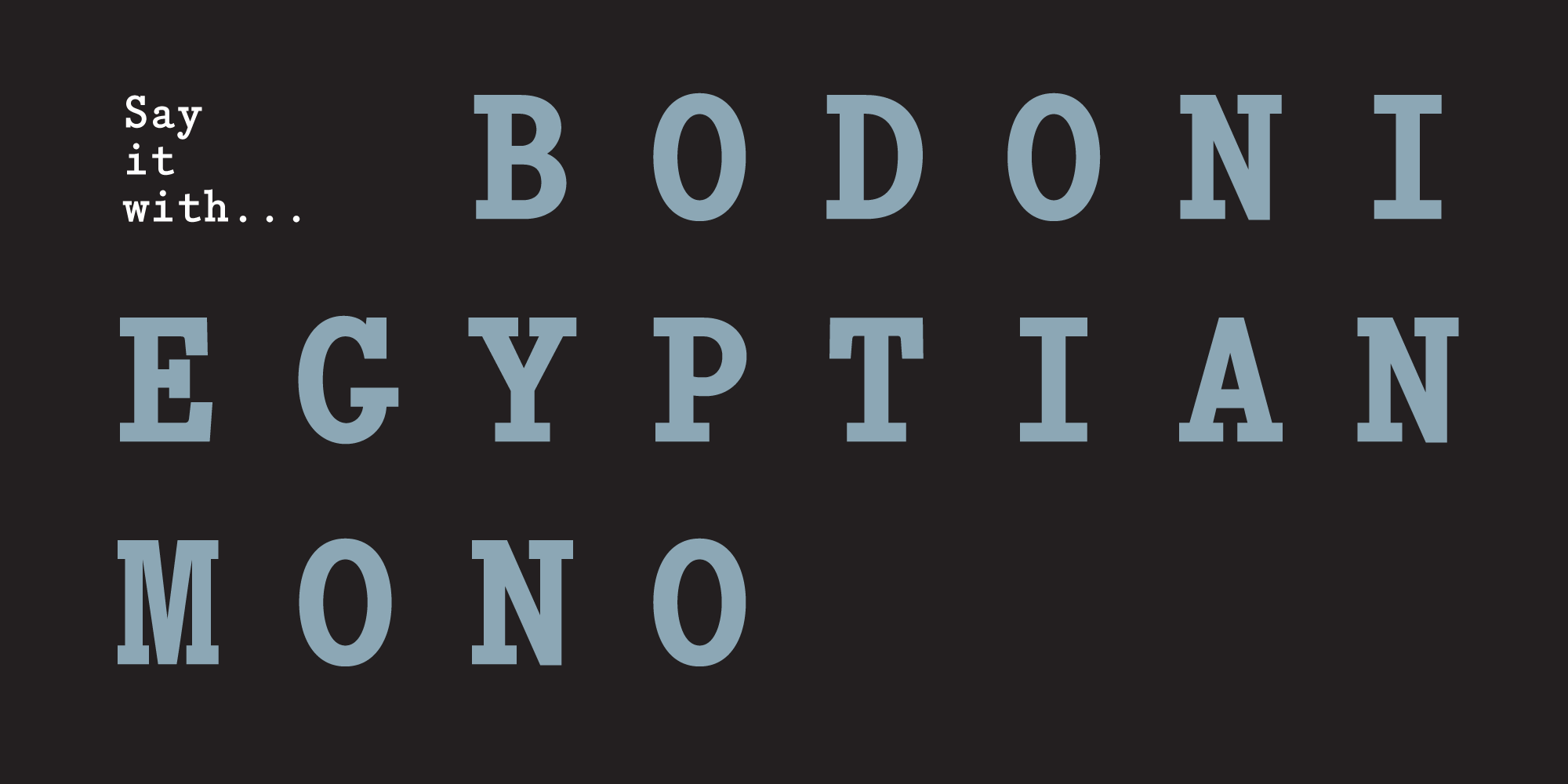 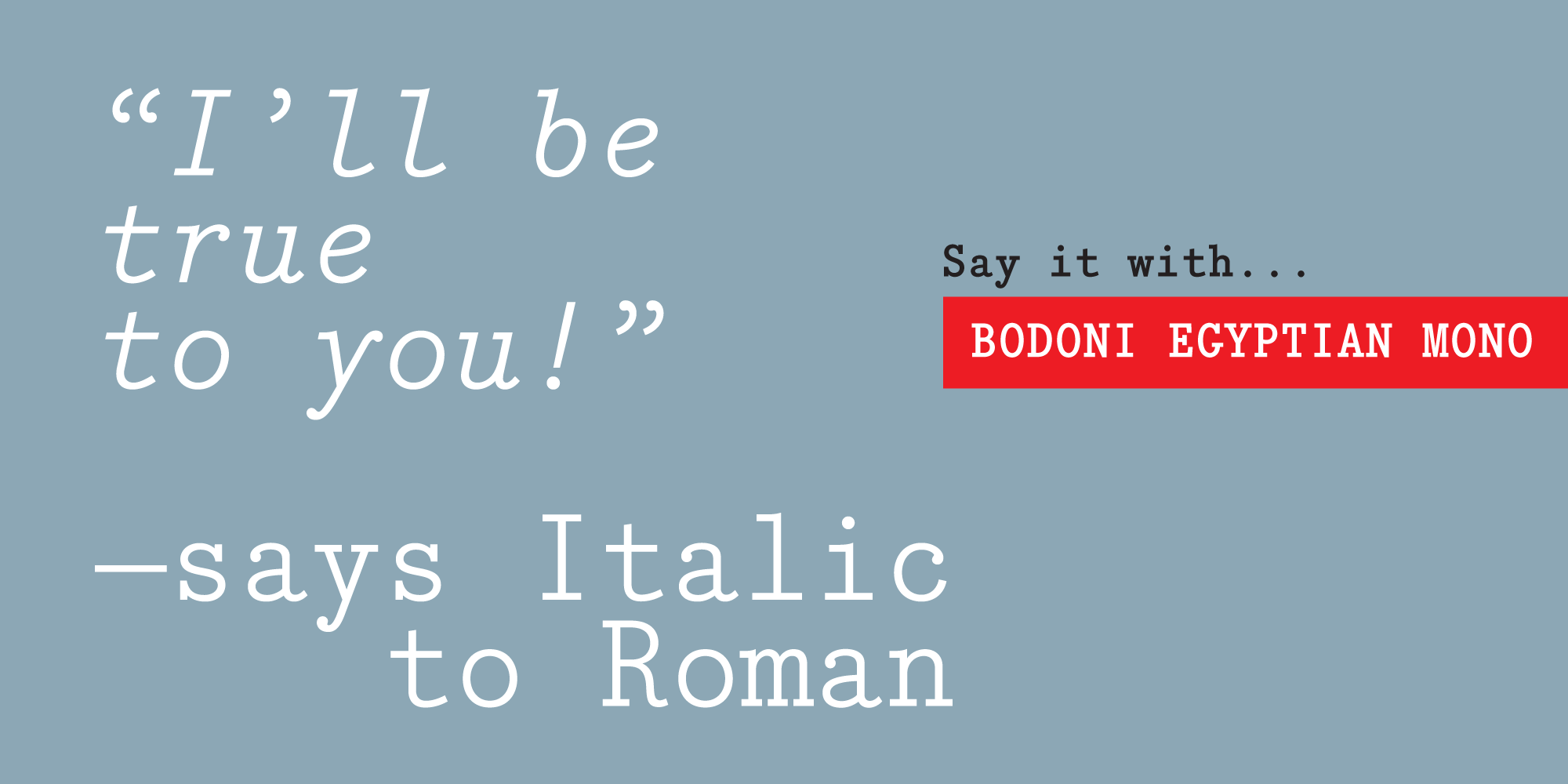 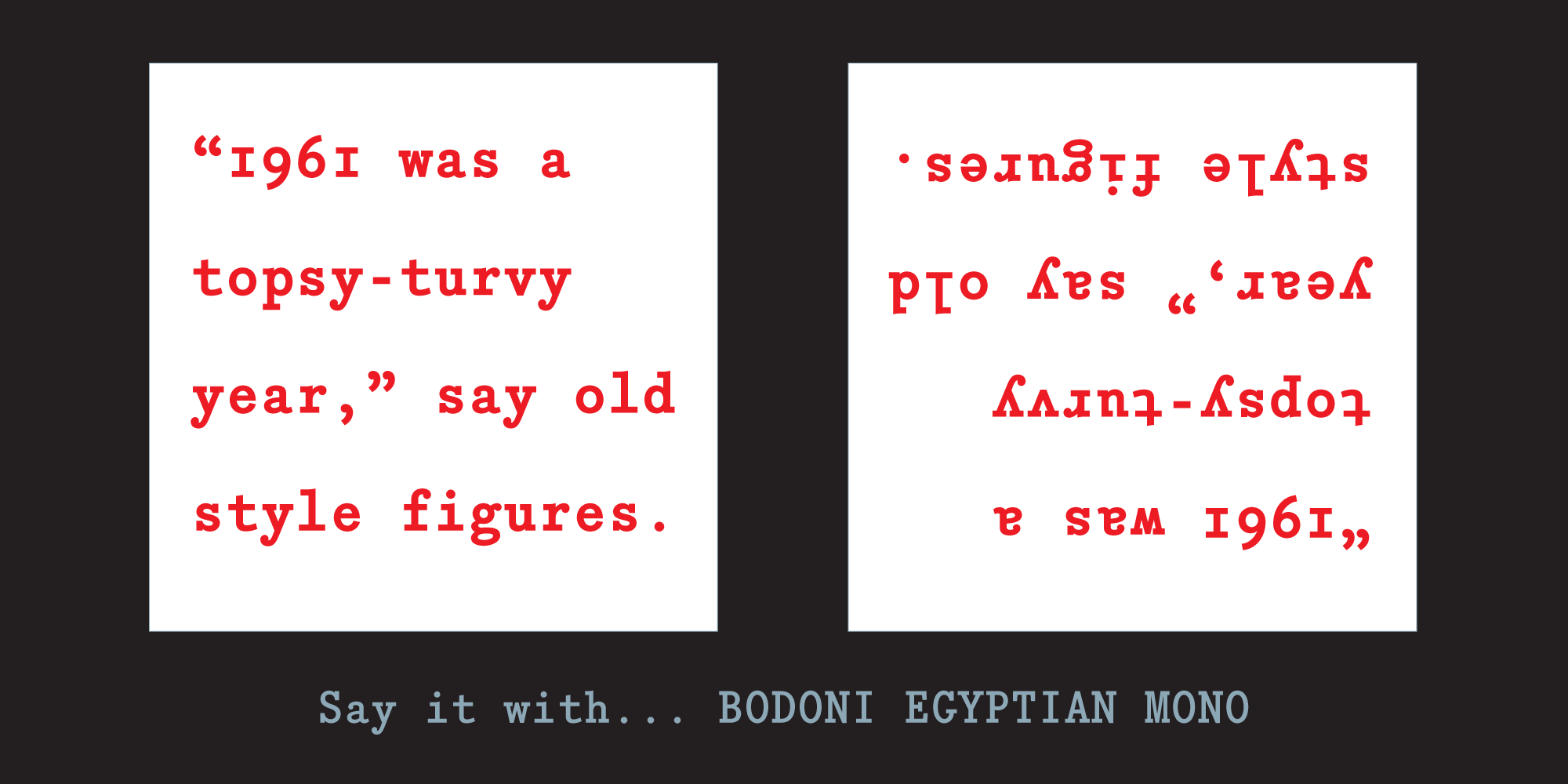 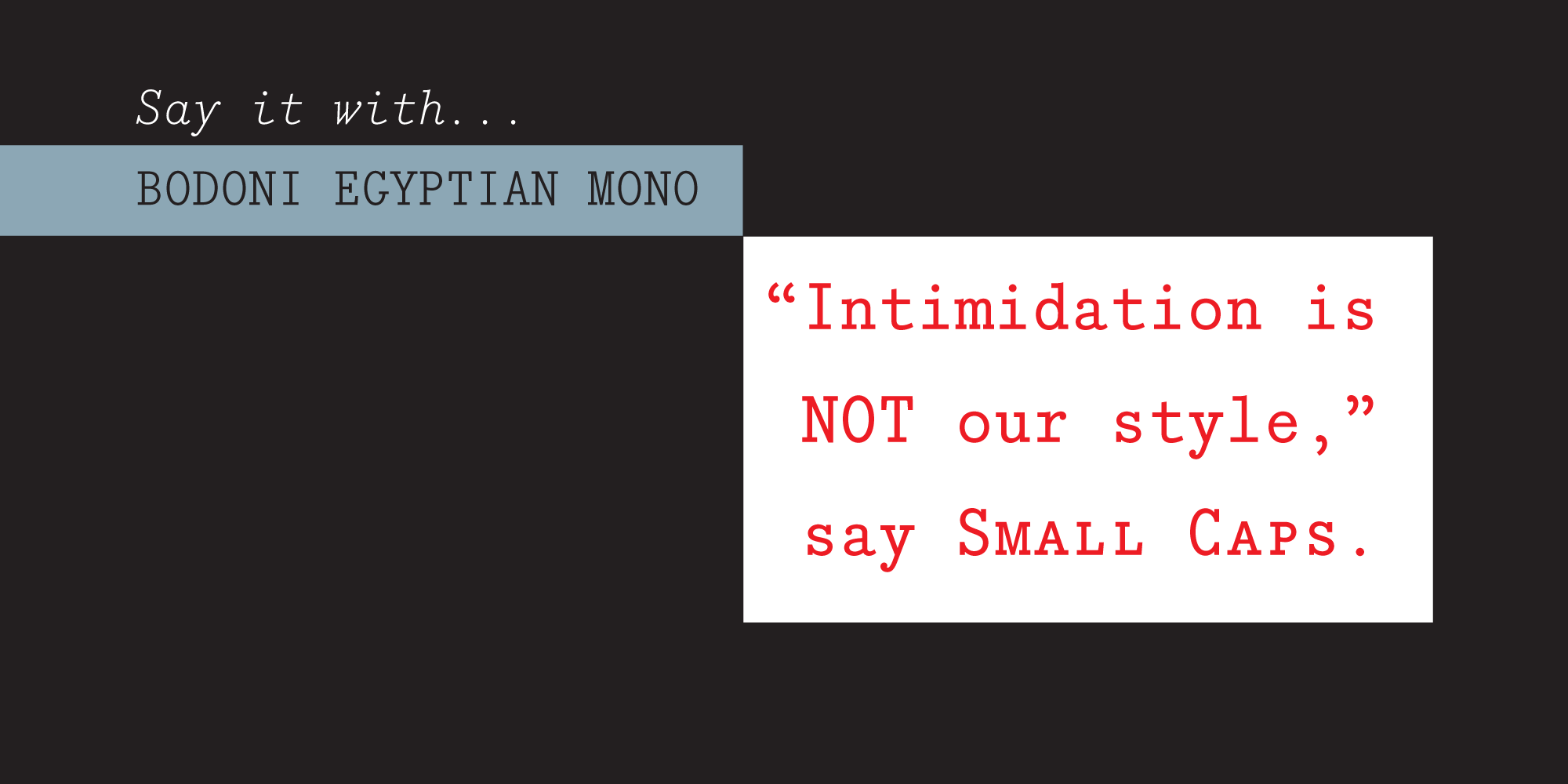 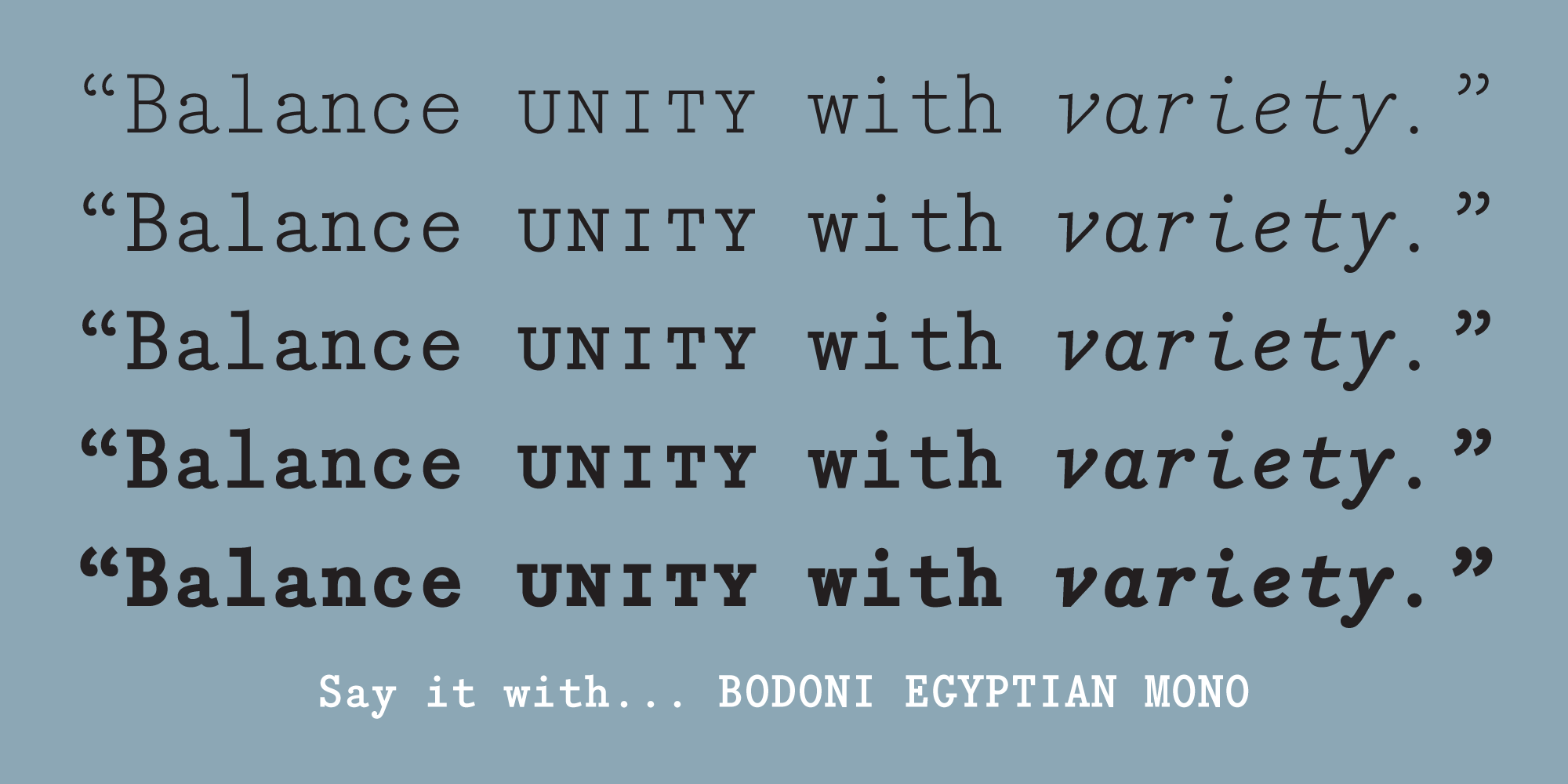