The first truly roman type (by Sweynheym and Pannartz, 1468) had large serifs on the upper case letters, but almost none on the lower case. The treatment of the cases was soon afterwards integrated, with serifs prevailing for the next 350 years. With Paradigm, Shinn beats the path untrod, switching the emphasis to imagine a Venetian old style face of low contrast and vestigial serifs, confronting awareness of what was with what might have been, confounding the two—a subversive construct pointing to the state of flux in which the past exists. Typeface as speculative fiction, straddling the boundaries between knowledge, theory, and imagination. 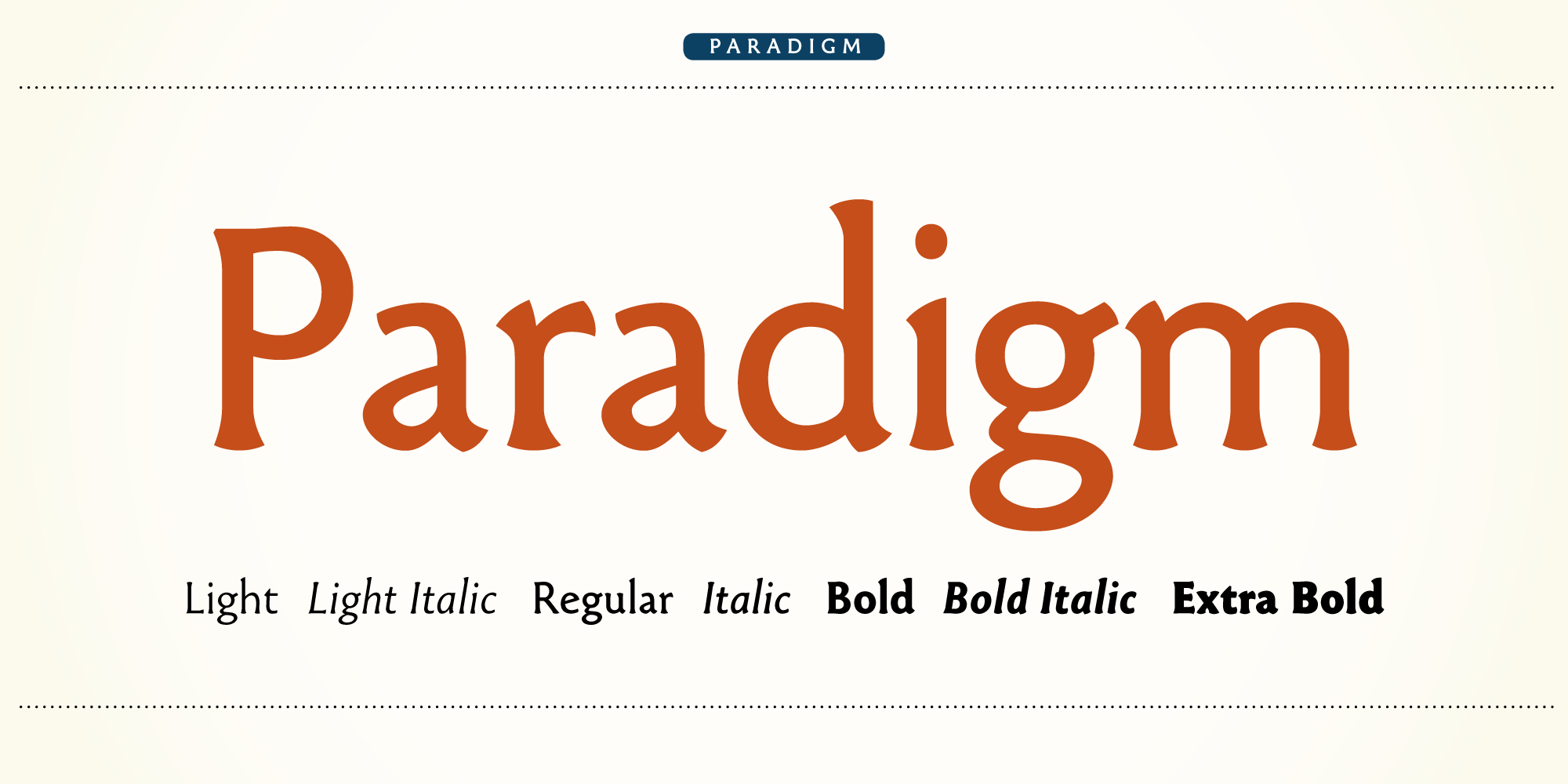 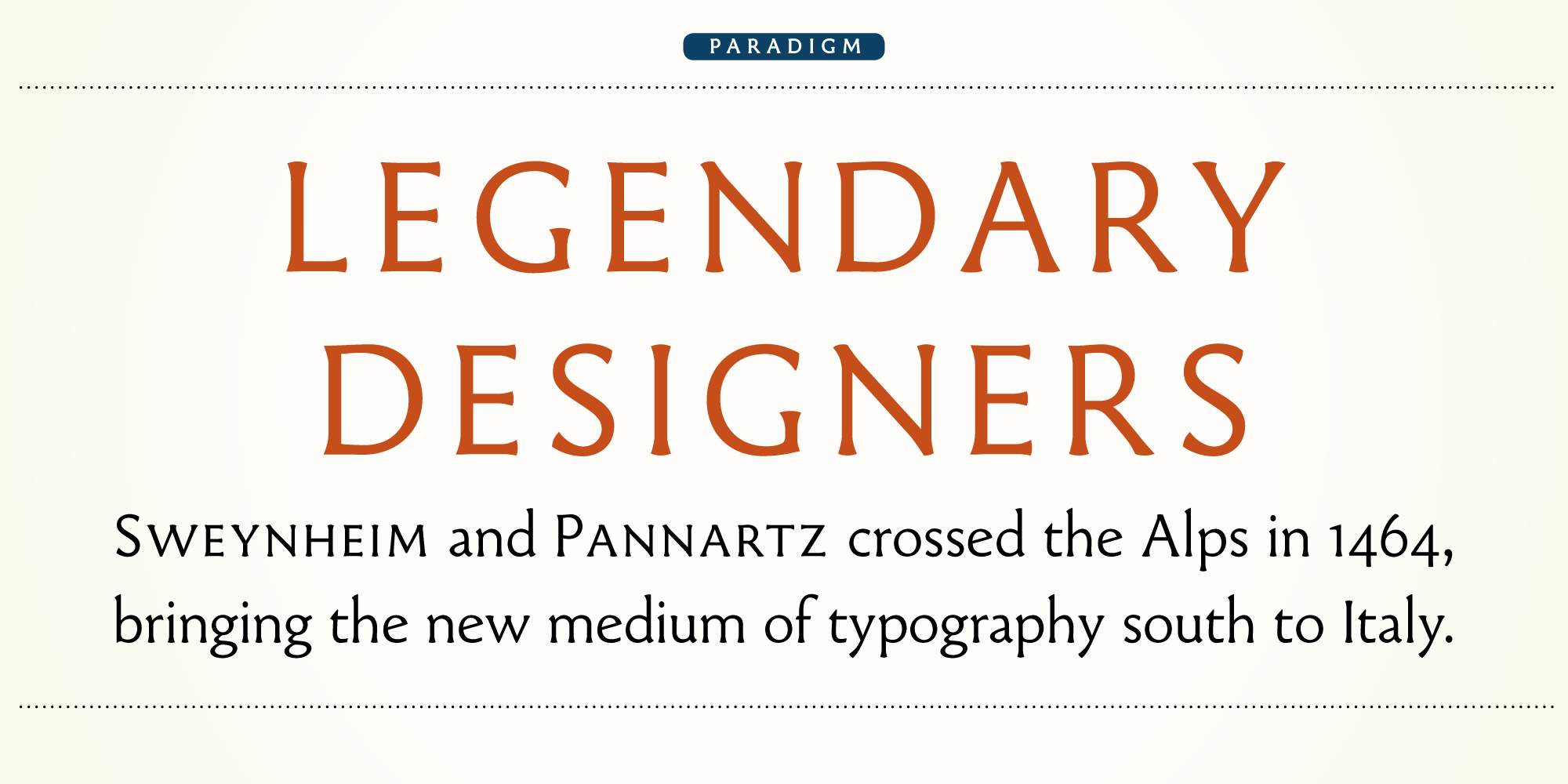 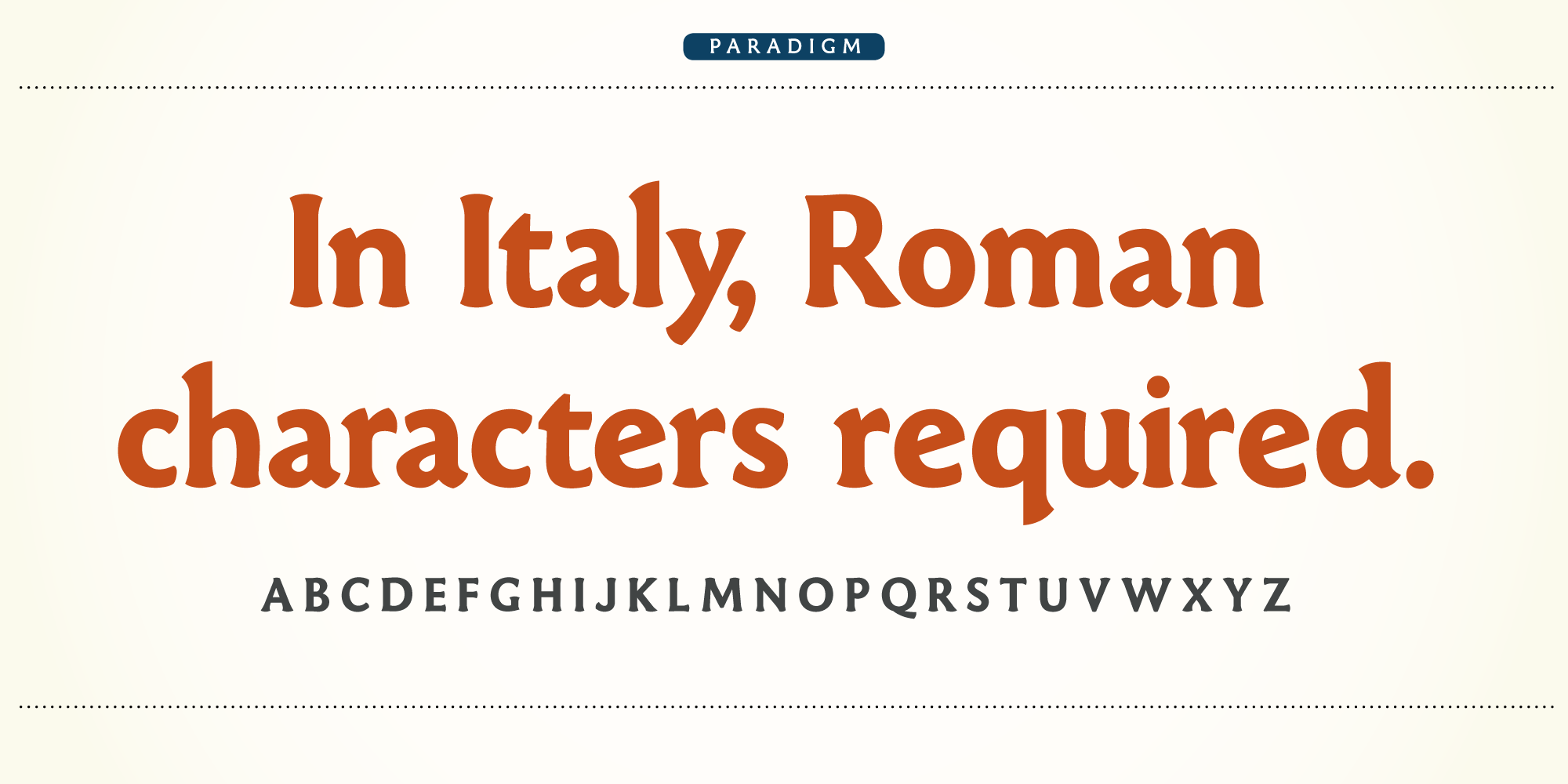 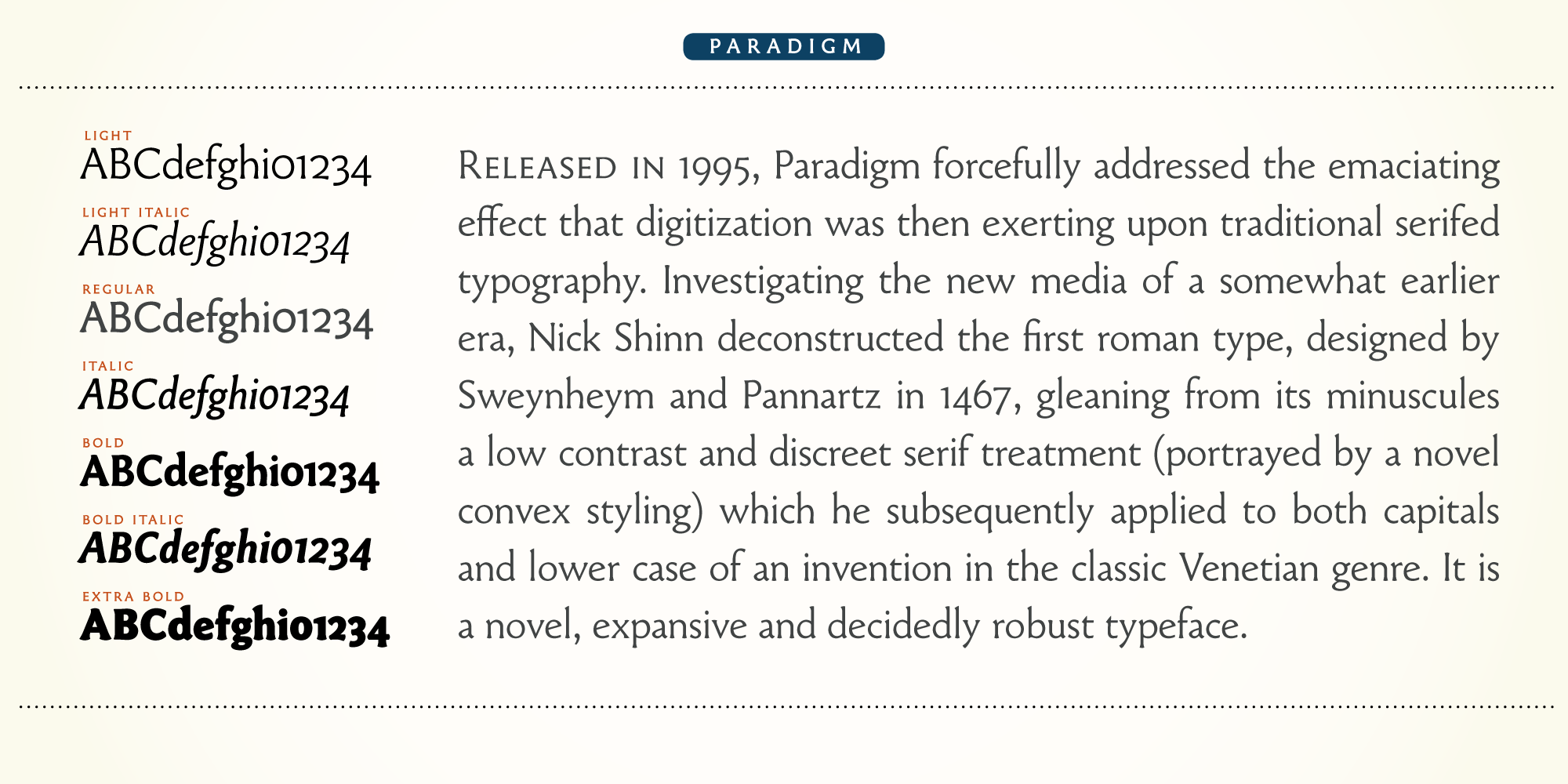 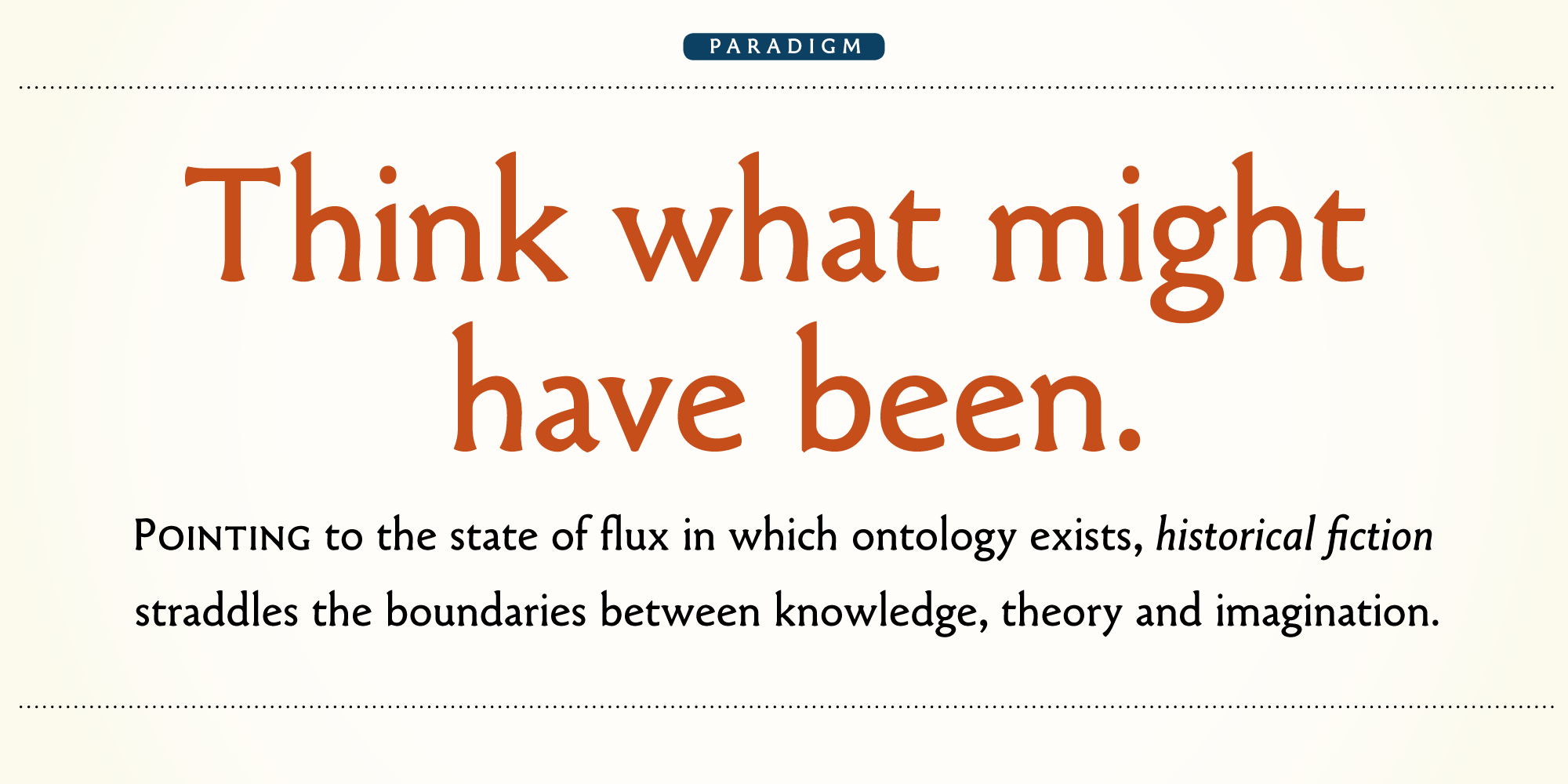 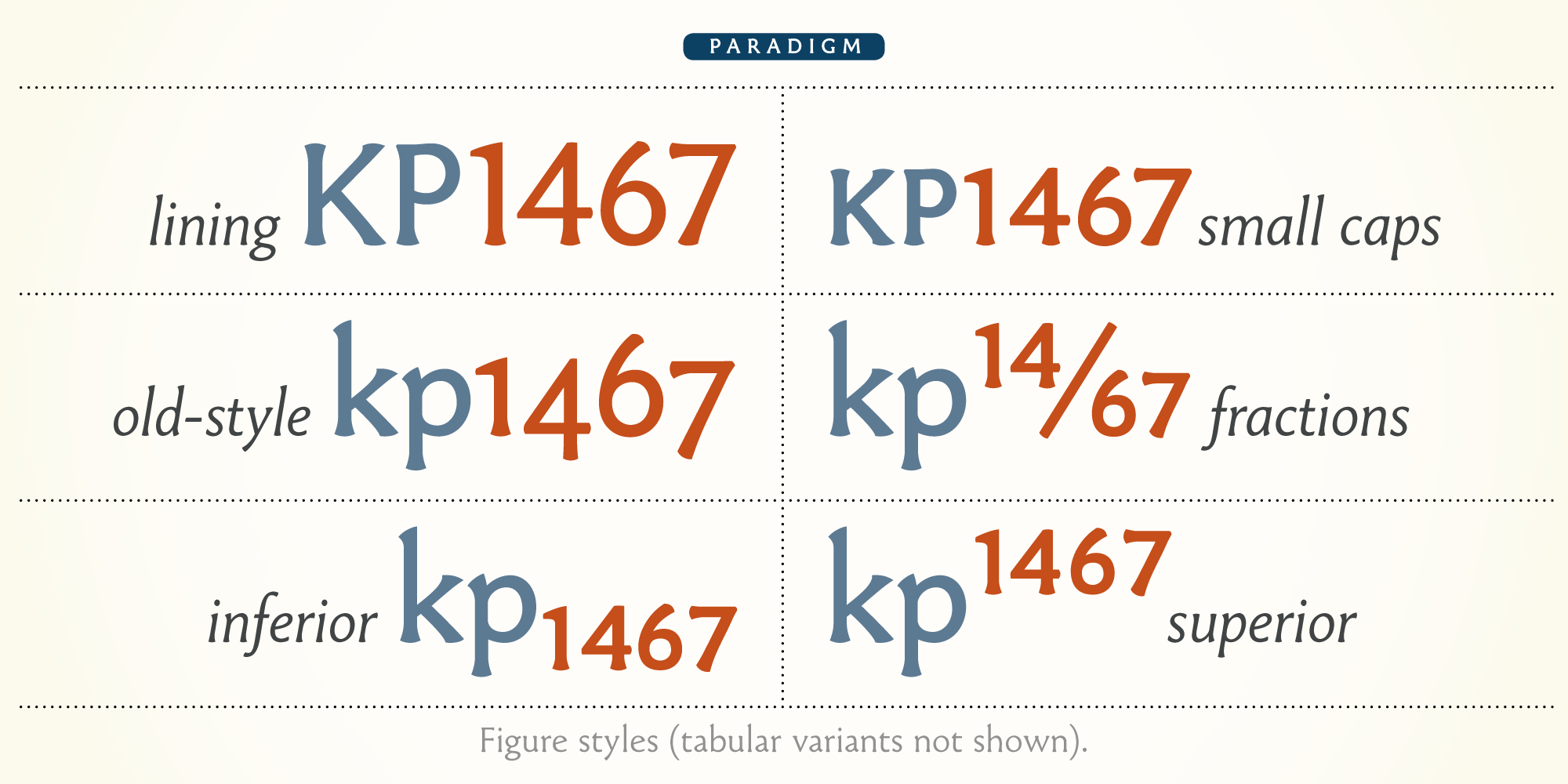 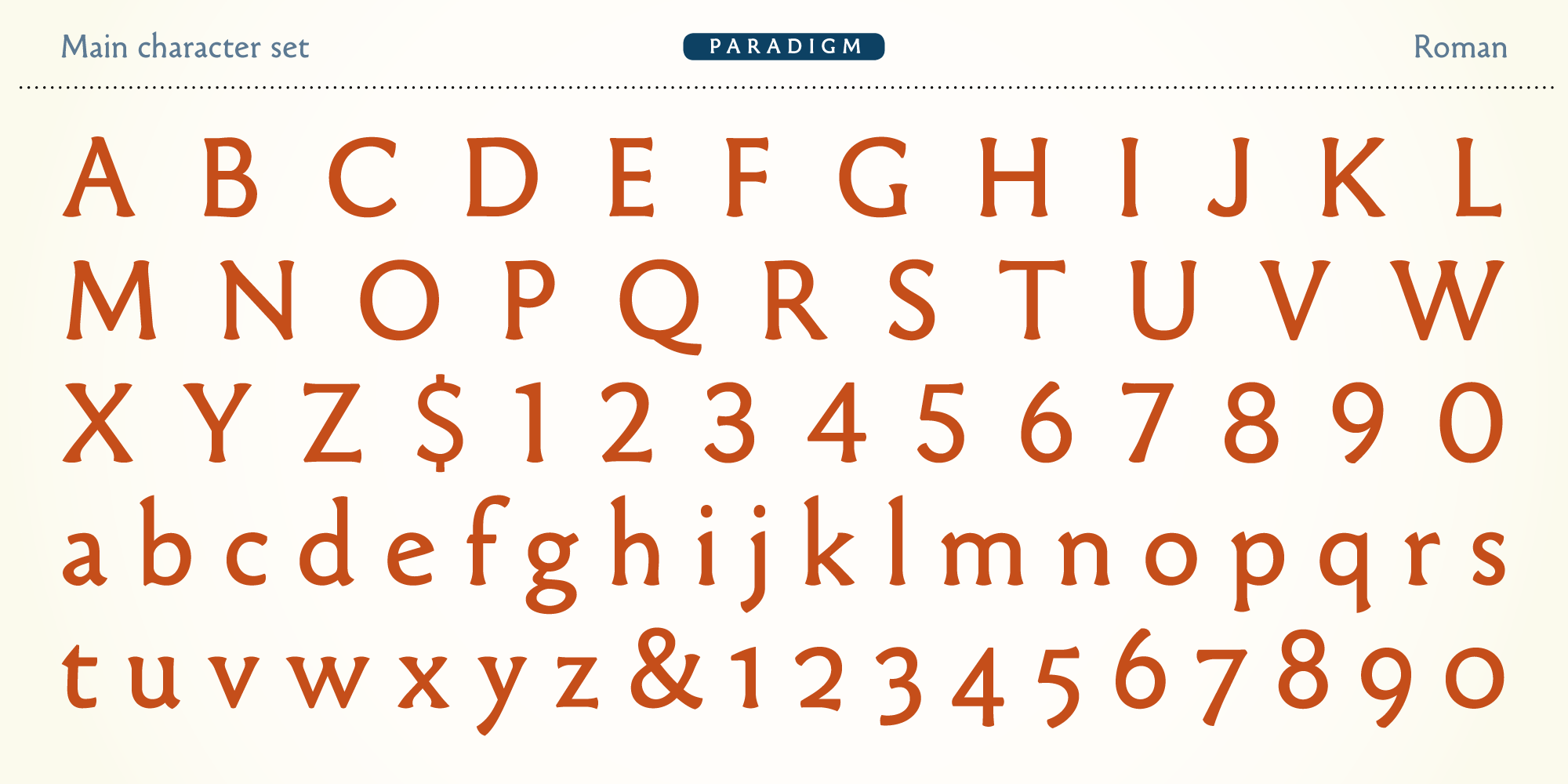 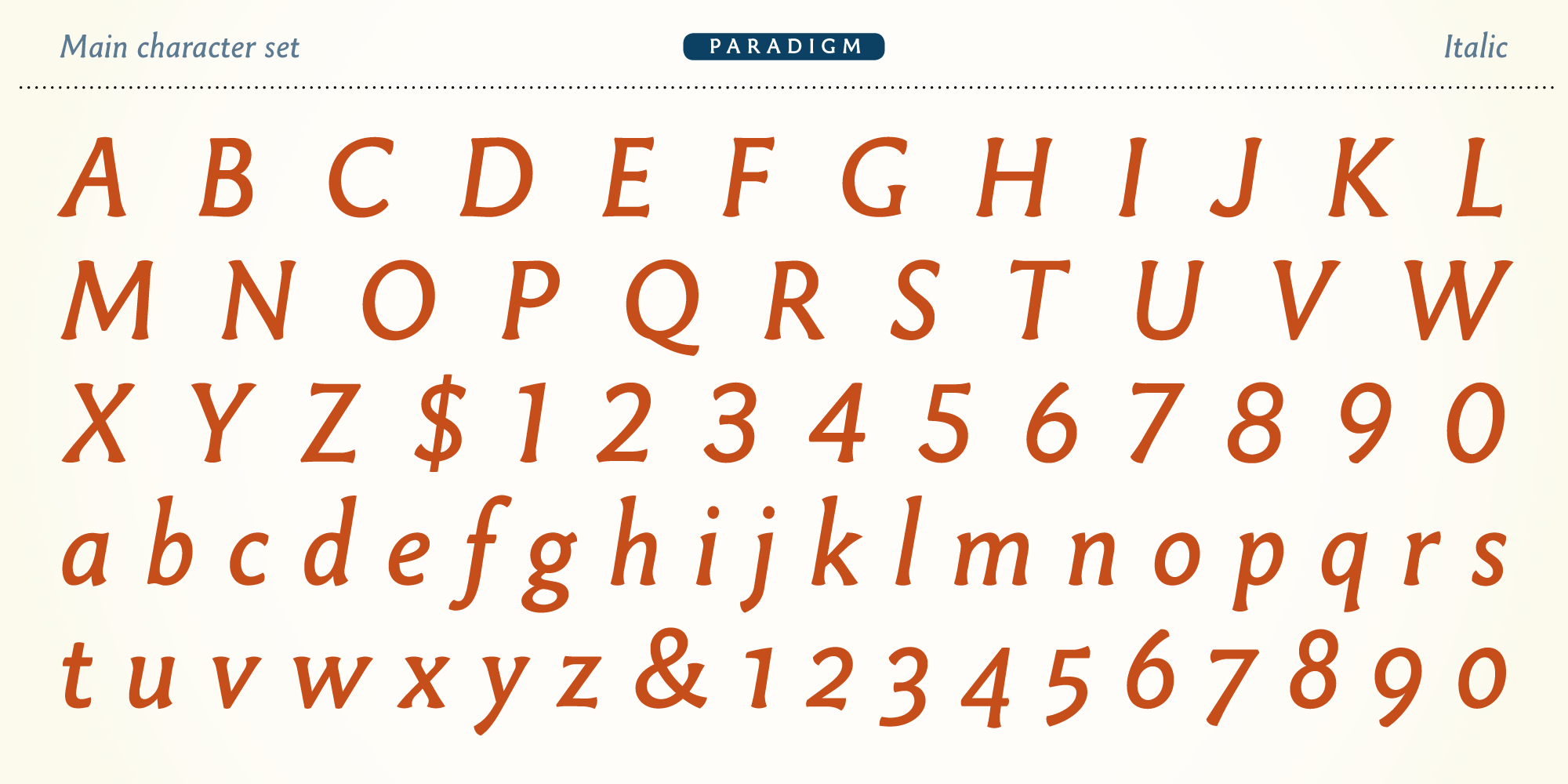